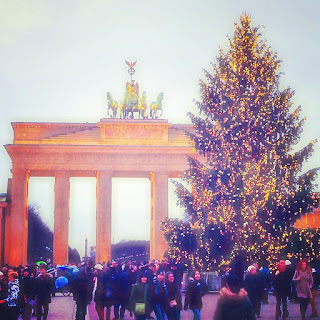 Last year I spent Christmas in Berlin with my German wife at her mother’s together with my English mother, Italian step-father and French brother-in-law. At one point during dinner all four languages were being spoken around the table with only my mother able to speak them all. Fortunately all was harmony and peace without any of the myriad family tensions that can turn a merry Christmas into a merry hell. But that didn’t stop me from marvelling at my mother’s linguistic dexterity.

When your own family is the EU in microcosm it is hard not to look anxiously at the elephant trap that the ignorant and the foolish seem so intent on dragging Britain into. The world has become a very complicated place and as its complexity grows so too does the danger from clownish demagogues like Donald Trump and Nigel Farage quick to appeal to fear and a basic belief that life is and can be binary: good or bad.

A former general wrote recently about the fall of Sangin back into the clutches of the Taliban. The futility of British military endeavour and loss there was writ large. There are many reasons that underlay Britain’s Afghan ‘adventure’, very few of them commendable. One of them was the apparently unending desire of Britain’s politicians to assert global importance through the projection of military power. Instead British military exploits of the last decade have served only to highlight how powerless Britain has become. This mania for interfering in the affairs of far off countries belies an intense ambivalence and anxiety about engagement with our nearest neighbours.

Throughout this period expenditure on the Foreign Office has withered while in schools the number of children studying foreign languages has plummeted. This cultural and linguistic isolation is anything but splendid. When all outside is sturm und drang of course it is tempting to bolt the door shut and pull the covers over your head but then your world, inevitably, becomes the four walls around you. As someone who is in the midst of trying to remember when possessive pronouns take the accusative or dative case I feel the appeal of saying what is mine is mine and what is yours is dein, deine or deinem.

There are of course competing economic arguments about the benefit to Britain of European Union membership and I cannot profess a great grasp of them but the symbolic and emotional arguments do resonate with me. For as long as we treat the EU like those weird cousins we visit once a year at Christmas only to condescend to them with our big city ways we will never truly benefit from membership nor play the leading role that is required and expected of us. As with the Scottish referendum this is not, anyway, just about money.

It is so embarrassing watching David Cameron come back from European visits claiming to have obtained some hard won ‘concession’ to further the pantomime of the EU earning his support for continued membership. This is a referendum that should not be happening and it is a question that does not need asking. What is the serious thoughtful alternative to EU membership? The answer is that there isn’t one but a little Englander’s fantasy of turning the clock back.

Britain is a great country but only when it is inclusive and looking to be included not when it shrinks into itself like a snail into its shell. Of course being European is difficult how could it be otherwise with that much shared history and that little shared language but only simpletons think the world is a simple place. 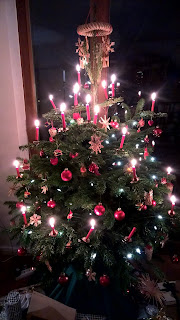 Posted by Maximilian Hardy at 06:57