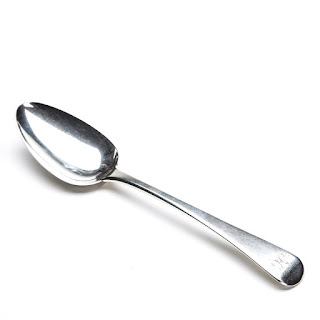 Waitrose running out of hummus, your Uber rating taking a knock, that day's Pilates class being full are all classic first world problems.  But a quandary I wrestle with eclipses them all, namely wondering how much privilege I should seek to bestow on my child.  Admittedly this is not a question of Bill Gates telling his children they won't be inheriting his billions because he wants them to make their own way.  Although, interestingly, that has not stopped him from ensuring they have received the best possible education and a reassurance that, while they won't be billionaires, they will have a safety net that the average child could only dream of.

If you are not privileged you don't think twice about doing absolutely everything in your power to provide your child the maximum possible privilege, as much of a head start as you can muster for them.  In truth many privileged people don't think much about this either.  But the fact is that once you're fortunate enough to provide for your child's basic needs you have to make decisions about their more evolved needs.  Education is unquestionably chief among them.  The education you provide your child in your home is, universally, a matter for you as its parent whether you live in Hull or Honolulu.  Conferring privilege upon them in that regard is entirely contingent on how much time, energy and interest you take in cultivating their interests and developing them as a human being.

Some people are so financially disadvantaged that simply providing for their child's basic needs allows them no time for this domestic development.  Some people are so financially advantaged that they outsource what should be domestic development to outsiders and to institutions.  Either scenario is liable to produce a person lacking the benefit of a parent or parents who have been able or willing really to focus on that child and who that child might be.

Every single one of us is born with talents.  Some of those talents are highly marketable, a natural affinity for coding by way of example, some confer a negligible financial advantage, such as being really good at whistling.  Talent is innate but skills are learnt.  The privileged are remarkably adept at ensuring that their children become skilled in a marketable way irrespective of their talent.  Top jobs go to the privileged because the skills they require have been drummed into their occupants from a tender age.  If talent is not nurtured it will never blossom, like the seeds sown on stony ground in the parable, equally if sufficient skills are taught to the untalented they will bear a fruit of sorts like tomatoes forced in English greenhouses.

The privileged understand all of this implicitly.  It is why they spend so much money ensuring their children pass the right exams at the right schools to get into the right universities so they are at the front of the queue for the right jobs.  This is all done whether the talent is there or not.  The counterpoint to all this is that an unprivileged child may be blessed with all the necessary talent but, denied cultivation of the necessary skills, they will pass no exams, go to no university and not even know about the jobs.  Take a moment to imagine, for example, what the world would have lost if Shakespeare had never learnt how to write or Mozart how to read music.

Wanting the best for your child is not wrong.  Being able to give the best to your child is not wrong in the same way that it is not wrong to win the lottery.  However we don't need to look far to see lives ruined by huge payouts.  What you do with your privilege is what counts.  And privilege is not necessarily the same as wealth.  It has always been an odd feature of the British class system that it was possible to be privileged and yet not actually very well off.  Increasingly, however, money does now mean privilege and its lack denotes its absence.  While charity does begin at home when you concentrate privilege solely in your child you inflict a small concomitant harm on society.

The Criminal Bar is, unquestionably, a profession that requires talent but it also requires many skills.  For a majority of barristers gaining access to the Bar entailed some connection to privilege.  A huge resource of raw talent alone is unlikely to propel an aspirant through all the countless hoops that precede entry to the Inns of Court.  This is where those of us who have benefitted from privilege, thereby enjoying the privilege to practise, owe it to other people's children to provide a helping hand.

The Bar Council runs a mentoring service for students in Year 12 & Year 13.  There is no good reason not to volunteer for it.  The student I mentor is so brimful of enthusiasm and he knows that he will have to make the connections that for some of us were provided on a plate.  It costs me nothing but a small amount of time to be a resource and a guide.  The Kalisher Trust has for many years provided concrete financial help to embryonic criminal barristers but also undertakes outreach work teaching children how to construct an argument, conquering their fears of public speaking.  These are the sort of soft skills that the privately educated sometimes don't even realise were inculcated in them and therefore look askance when promising youngsters don't present with the polish of privilege.  Kalisher is always in need of funds so if you're cash rich and time poor why don't you support its work: https://www.thekalishertrust.org/donate (and yes that is me modelling a fetching pair of pink trousers).

I remember balking the first time I heard the expression 'check your privilege'.  As time has gone by I have realised that anyone who has been the beneficiary of privilege needs to undergo their own truth and reconciliation exercise.  It's not enough merely to check privilege we need to fully survey and delineate it because unless we understand how we have been advantaged it's highly unlikely we will be motivated to advantage others.

Ultimately it goes without saying that I want the best for my child but only so that he can give the best of himself.

This is the second part of a post that I have published on both my legal blog Counsel of Perfection and also my parenting blog The Paternity Test because it touches on both my professional and personal interest.

Posted by Maximilian Hardy at 13:01