The EU in the Dock - Are you sure? 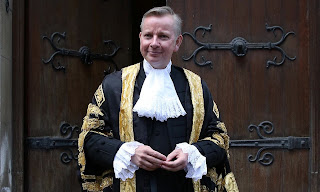 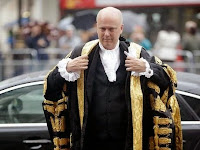 Put emotion to one side. Decide this case not on sympathy or antipathy but on the evidence. If there are any directions more honoured in the breach than observance than these I would like to know what they are. The reality is that separating emotion from reason is impossible and it is impossible because we are human. The best we can possibly hope to achieve is to be aware that we are bringing both emotion and reason to bear when we make decisions. And of course few decisions are more important than a jury’s verdict. When a jury decides correctly justice is vindicated when wrongly it miscarries.

A jury’s verdict can dramatically affect the destiny of another or a few others. But a nation’s verdict affects the destiny of millions. On 23 June 2016 every one of us will be called to provide a verdict. Is the EU guilty of making our lives in Britain worse? Juries have to be sure before returning guilty verdicts. Messrs Farage, Gove, Johnson, Grayling are among the most prominent of those asking us to reject the EU as a failed experiment, as a brake on our prosperity, as a vast funnel for teeming hordes of unwanted immigrants and Islamic extremists.
They are the prosecutors calling for what is the certainly the biggest verdict, at 36, of my lifetime. Where is the evidence? What is their appeal to reason? Certainly statistics have been bandied about by both sides, but how many can you cite, how sure are you of their accuracy and their provenance?
One of the greatest virtues of jury trial in this country is that, correctly, it is in fact trial by judge and jury. Without the judge acting as an impartial umpire there would be no check on improper or underhand conduct by the advocates. Furthermore without the judge there would be nobody on hand to direct the jury and define the terms of the debate. Who is the judge in the EU Referendum? The answer is that there is none. Instead we as individuals must be judge and jury defining for ourselves what evidence to admit or exclude and what test to apply. What questions are you asking yourself about how you will determine this life changing decision?
It is sometimes said about barristers that their entire lives become their jobs and many is the family member that has complained that a casual conversation has undesirably degenerated into a forensic cross-examination. However in the case of the EU Referendum I urge you to look on it as a prosecution of our membership of the EU. What exactly are the charges on the indictment, what evidence has been adduced by the proponents of Brexit, are they appealing to reason or to emotion alone?
Most importantly are you sure? There is I would suggest some real irony in that our two most recent Lords Chancellor are spearheading this campaign. That is because the Lord Chancellor is the head of the judiciary. But neither Mr Grayling nor Mr Gove have ever practised as lawyers still less presided as judges. They have never sought to persuade a jury that they can be sure of guilt or directed a jury that they must be sure of guilt.
But that is the test, I respectfully suggest, that you should apply before making a decision that will affect your life, the lives of your family and of millions within this country and beyond.

Posted by Maximilian Hardy at 05:34 No comments: