The road to freedom - why cyclists need protecting not prosecuting

In blogging topicality is everything. It is a source of wonder to me the speed with which some other legal bloggers manage to publish posts in the hours or even minutes after a high profile legal development.  One of the biggest impediments to part time blogging is that the full time job often prevents swift commentary and analysis.  And for that reason I felt that I had lost the moment to comment on Charlie Alliston who tragically hit Kim Briggs with his bicycle on Old Street resulting tragically and senselessly in her death.

It was a tragedy that in its immediate aftermath and during his trial at the Old Bailey that he struggled to acknowledge let alone, it would seem, accept any responsibility for.  Kim Briggs' widower, Matthew Briggs, has been left to raise their two small children alone without the love and support of his wife.  In those circumstances Mr Briggs' call for a review of cycling laws is wholly understandable.  The desire to find agency amidst the desolation of sudden bereavement must be all consuming and the belief that a change in the law might prevent a recurrence attributes some measure of meaning to an otherwise pointless tragedy.

The government has announced a review and in due course, no doubt, we can expect a proposal that the offences of death by careless and death by dangerous cycling will be enacted with maximum sentences matching their motoring equivalents namely 5 and 14 years' imprisonment.

There seem to be two main criticisms of the legislation under which Mr Alliston was prosecuted.  First it was old and weird sounding and secondly it attracted a maximum sentence of 2 years' imprisonment.  Dealing with the first complaint, true it is that having been acquitted of manslaughter by the jury they were left to consider an alternative count indicting him with wanton and furious driving under the Offences Against the Person Act 1861.  No mention of bicycles and no mention of death.  But instead the use of an Act under which all but the most trifling of assaults have been prosecuted for the last 158 years without complaint.  Old of itself is not bad.

Turning to the next complaint: the putative inadequacy of the maximum punishment.   The Secret Barrister comprehensively surveyed this case, these proposed changes and the sentencing implications in a recent post.  To the bereaved death by gun, knife, car or bike, most deliberate or most fleetingly reckless act does not alter the fact that death is loss forever.  The harm caused is identical.  Risk and intention are of course dramatically varying.  In recent years the penalties for death on the roads have started to focus relentlessly on the harm caused over and above the risk posed and the intention revealed.

I thought the moment to comment on all of this had passed but I should have predicted that the Daily Mail would ensure that impetus for a change in the law would not dissipate.  First it reported this tragic incident from May 2016 where no prosecution ensued.  Then it sought to survey deaths in bicycle collisions generally calling for a 'crack down'.  The big statistic is that in the last 7 years 25 pedestrians have been recorded as dying as a result of a collision with a bicycle.

Here are some statistics for road accident fatalities for 2000-2013 taken from GOV.UK:
Dealing with risk.  It is vastly more realistic to speak of the risk to cyclists than it is to speak of the risk from cyclists.  Cars are manufactured with a plethora of safety features to protect their occupants in the event of a collision.   Bicycles have zero safety features.  The biggest incentive there will ever be to a cyclist not to hit a pedestrian is the risk of harm to himself from any collision.  That is a very powerful incentive.  Far more powerful than even the longest prison sentence.

The biggest risk to cyclists is from motorised vehicles, in particular HGVs.  It is that risk that causes a number of cyclists, very regrettably, to cycle on pavements or in pedestrianised areas.  But it is relevant to acknowledge that they are doing that in almost all cases out of fear for their own safety.

The Daily Mail and its ilk quite frankly hate cyclists.  When it is not deriding them it is calling on them in the most vigorous term to be controlled, regulated, limited, contained and ideally driven off the roads.  One only has to read the gallons of bile posted by its readers to see that this is a popular cause.  Cyclists must be licensed, they must be taxed, they must be insured, they must be number plated, they must be MOTd.

There is a simple reason why many motorists hate cyclists and that is freedom.  There is in this tiny crowded island a huge disconnect between the promise of driving and the reality.  I know because I drive and I have driven journeys that have taken me two or three times longer than it would to ride.  Was my car journey really necessary, probably not, was I harming the environment, definitely, was I wasting my money, definitely, was I getting fatter and unfitter, definitely.  And yet why did I do it? Because I am lazy, because there was no sanction or opprobrium either from the government or my friends and family, because the allure of the open road and convenience always eclipses reality.  However the risk I pose to others when I get behind the wheel is so vastly greater than that when I get on the saddle.  I believe the law should reflect that at least.

Cycling is still a weird outlying activity subject to animosity from the majority.  'Toughening up' cycling laws in a 'crack down' will do nothing to address the real threat to our safety and to our planet.  For that reason I can't support legislation that implies that the risk posed by cycling can in any way be equated with the risk posed by driving.
Posted by Maximilian Hardy at 02:00 No comments: 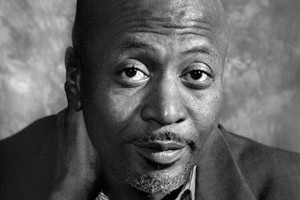 Have you ever met an astronaut?  Hardly any of us have been in space,  a few more have summited Everest, a few more yet have won Olympic gold medals.   Achieving any of these things is extraordinary but it does not make someone extraordinary.  Only the extraordinary experiences of a very few are matched by equally extraordinary characters.  The far too young death of John Thompson this week has lost us one of those exceptional people.

John Thompson, or JT to everyone that met him, spent 14 years on Death Row in Angola, the Louisiana State Penitentiary for a murder he did not commit.  Prosecutorial misconduct of the gravest and most flagrant nature put him there.  He watched six execution dates come and go before the dogged persistence of his lawyers finally unearthed the wrongdoing that eventually resulted in his release.

A jury awarded him 14 million dollars for the wrong that was done him.  That decision was upheld by every court save for the Unites States Supreme Court which allowed the appeal against the award resulting in him receiving nothing for spending a decade and a half festering in a cell waiting to be extinguished by a needle, murdered by the state.

This is a summary of the Supreme Court case: https://en.wikipedia.org/wiki/Connick_v._Thompson

This is his written account of his experience in the New York Times: http://www.nytimes.com/2011/04/10/opinion/10thompson.html?pagewanted=all&_r=0

This is an interview with him so you can see and hear him for yourself: http://www.thestory.org/stories/2013-06/john-thompson

Many others take a different view but for me one Death Row exoneration is all the evidence I need that the Death Penalty deserves no place in any civilised society.  It is not evidence that the system works it is evidence that innocent people end up executed.

JT was eventually released in 2003 after 18 years of imprisonment.  I met him just one year later when I spent the Summer of 2004 interning with Nicholas Trenticosta, a dauntless and dogged defender of Death Row prisoners.  JT was working at the Center for Equal Justice where I was volunteering fresh out of law school.  He was still undergoing a decompression process that I strongly suspect lasted for the rest of his life.  Thanks to the steadfast support of his wife Laverne, the structure of working in the law office and the assistance of his friends and family JT was able not merely to survive his return to freedom but to thrive.

Many that are exonerated are not so fortunate.  The injustice that they have suffered overwhelms them and the longed for freedom of their imagination instead manifests itself in intoxicated oblivion, a swift return to prison or even suicide.  That none of those paths unfolded in front of JT is in small part attributable to his good fortune at having the support that was around him but in very great measure due to his heroic strength of character.

When many if not most men would have surrendered to hatred and bile JT realised that the only course that would permit him peace of mind and allow him to enjoy what he had and not what he was so grotesquely deprived of would be to turn outwards to alleviate the pain and suffering of others.  Accordingly JT founded a charity, Resurrection After Exoneration, that provided practical, financial, legal and medical help for those like him who had been chewed up and spat out by the American criminal justice system.

I will treasure my memories of the time I spent with JT, eating pig's tail and rice cooked by his wife, second lining in the projects, accompanying him and his family to a gospel service in his parish church.  But what I will treasure more than anything is the lesson that the true measure of a man is not the achievement of high office or accolades but how his character withstands life's challenges.  Few were tested more grievously and unjustly than John Thompson and few triumphed more magnificently.

Posted by Maximilian Hardy at 08:12 No comments: