Trial by Camera: who benefits from recorded cross-examination?

Theatre v film.  Some appreciate both art forms equally some prefer one to the other.  What all can agree on is they represent very different experiences for the audience.

It is worth bearing that consideration in mind when one approaches the Lord Chancellor’s policy that pre-recorded cross-examination for all complainants in rape cases will be introduced in all courts in England and Wales following a (very limited) pilot scheme.

As an aside it is regrettable that the Lord Chancellor refers automatically to victims rather than complainants.  If a person makes a complaint of rape he, generally she, is a complainant.  Very often, if not usually, the purpose of the trial process is to obtain a jury’s determination as to whether they are sure a rape occurred.  Until that verdict is returned it does victims no disservice to talk about complainants as part of the trial process.  This is not a matter of mere semantics.

Barristers get used to a seemingly endless process of consultation on myriad topics from a plethora of sources: chambers, Inn of Court, Criminal Bar Association, Bar Council, Bar Standards Board, Legal Services Board, Ministry of Justice.  Some cynics doubt whether any real regard is ever given to the responses.

However as a specialist advocate in cases of rape and other serious sexual offences I do not recall being invited for my opinion as to the wisdom or benefit of this particular innovation.  It is akin to the Department of Health asking patients whether video consultations would be welcomed instead of face to face and not thinking to ask doctors whether this is a good idea.

When a rape trial starts it is already usual that the complainant’s account will be presented to the jury by way of playing an Achieving Best Evidence (ABE) interview conducted by a specialist police officer.  Generally cross-examination is then conducted over a live link to a separate room in the court building immediately afterwards.  The ABE interview will usually have been conducted very shortly after a complaint is made to the police often, and inexcusably, many months before the trial actually happens.

All of the evidence is watched by a jury on a TV screen.  The jury do not have a flesh and blood witness in the same room with them.  What studies and what evidence is there as to what effect that has on juries’ assessment of witnesses?  Can the answer really be none?  I am often anxious when prosecuting that this loss of immediacy is actually damaging to the prosecution case.  Watching a screen is just not the same as watching a person.  It scarcely needs pointing out that defendants do not and will not be afforded the same opportunity to give their evidence remotely or pre-recorded.

In principle, however, I do not criticise this development but its workability is going to be fraught with difficulties that, not surprisingly, have a lot to do with money.

In no particular order:
1. Delay – in any case there should be minimal delay between charge and trial.  In rape cases this is especially true and yet it is commonplace for months to pass between these two dates.  That is unfair to complainants but it is also unfair to defendants and jurors having to try matters that have become stale through the passage of time.
2. Disclosure – this word which will be relatively meaningless to the layman is central to the prevention of miscarriages of justice.  In a rape case the completeness of disclosure of undermining material by the prosecution is essential.  Much of that material will be in the hands of the police/prosecution but delay (see 1) slows down readiness for trial.
3. 3rd party material – this is material not in the hands of the police or prosecution but which is nonetheless material that should be provided to the defence.  Generally this encompasses medical records, social services records and school records.  The procedure for obtaining this material is bureaucratic and burdensome and bedevilled by delay (see 1).
4. Court listing – some trials are given fixed start dates in the diary and as a rule rape trials should fall into this category although, deplorably, not all do.  However the majority of trials are placed into warned lists which means a trial can start on any day of an allocated week.  Not surprisingly this plays havoc with barristers’ professional diaries.  Obviously in a case with pre-recorded cross-examination the defence barrister that conducts that cross-examination must be available for the subsequent listing for trial.
5. Movement – by which I mean circumstances in which a need arises to revisit pre-recorded cross examination.  Let’s say a complainant’s pre-recorded cross-examination happens in January with a trial in June.  Ongoing investigation by the police and the defence can produce evidence upon which the complainant will require further cross-examination.
6. The defendant – under the current system a complainant cross-examined on Monday could very likely be followed by the defendant being cross-examined on Tuesday.  He will have had a matter of hours to reflect on the content of that cross-examination.  Under the new scheme defendants may have many months to consider what evidence to give in response to the complainant’s evidence.  This scenario hardly assists the cause of complainants and the prosecution.
7. Everyone else – the rationale for this development is that giving evidence about allegations of rape is especially stressful and traumatic.  What about attempted murder?  What about aggravated burglary?  Is being cross-examined about those offences intrinsically less distressing than a sexual allegation.  Why is pre-recorded cross-examination not being rolled out for all cases?

Time will tell whether this system is actually going to work and I hope the statisticians will keep a very close eye on what effect this has on pleas and the outcome of trials.
Posted by Maximilian Hardy at 05:16 1 comment: 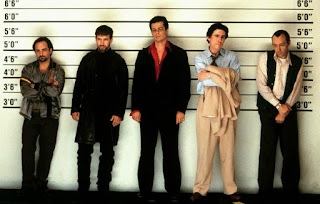 In a recent trial my opponent was reminiscing about the ubiquity of verballing before the Police and Criminal Evidence Act 1984 was enacted.  He then asked me if I remembered those days.  A perfectly reasonable question unless you know that I was born in 1980!

It can be very difficult for barristers of my generation to imagine what criminal justice was like before that raft of essential safeguards was enshrined in statute.  So many requirements of PACE are second nature to us comparative youngsters at the Bar.  For example the execution of identification procedures in relation to civilian witnesses is now a wholly formalised and settled process which ought to prevent any defence objection.

Unfortunately, however, police officers purporting to make identifications sometimes believe themselves to be a special case.  Just as verballing has vanished so CCTV has proliferated to a remarkable extent.  This presents obvious opportunities for identification of criminals but also real pitfalls if that identification is not capable of withstanding judicial scrutiny.

I recently defended in a burglary case, instructed by Shaw Graham Kersh Solicitors where CCTV had been retrieved from homeowners.  Footage was circulated to local officers and our client was purportedly identified in footage relating to two burglaries by two separate officers.

Nearly 10 years have elapsed since the Court of Appeal in Regina v Smith and Others [2008] EWCA Crim 1342 handed down clear guidance as to what should have happened. Where a police officer attempts to identify a suspect from images, (s)he is subject to the same principles and procedures as a civilian witness and thus must comply with the rules and spirit of PACE Code D:

It is important that the police’s officer initial reactions to the recording are set out and available for scrutiny. Thus, if the police officer fails to recognise anyone on first viewing but does so subsequently those circumstances should be noted. The words that the officer uses by way of recognition may also be of importance […] as should any words of doubt.

Even if police officers are not avid readers of the Criminal Law Review as a minimum they should know and be able to demonstrate adherence to the mandatory requirements of Code D of PACE which stipulates at paragraphs 3.34 -3.37 that whilst the viewing takes place, a contemporaneous note of the following must be made:

If this is done allegations of bad faith can be rebutted, the quality of the purported recognition can be discerned and challenged and, importantly from the prosecutor's perspective, s.78 exclusionary applications can be seen off.

Unfortunately for the prosecution in my case almost none of the safeguards had been adhered to either because the officers involved were ignorant of the Code D  requirements or they chose not even to pay them lip service.  Consequently an application to exclude the crucial identification evidence was acceded to and no evidence was offered.

It would be the simplest imaginable thing for the police to design a pro forma template to circulate with still or moving images of suspects which would require any officer purporting to recognise a suspect to demonstrate step by step compliance with Code D.  If more prosecutions are not to end face down in the sawdust this needs to happen now.
Posted by Maximilian Hardy at 10:56 No comments: