Same same but different: Stop the bother about the other 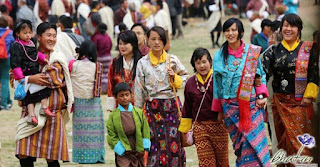 Another day another miserable story about Muslims being treated disgracefully by an airline for the simple fact of being Muslim.  Sadly these stories seem to be proliferating, somebody reading Arabic poetry, somebody with a beard, somebody with dark skin, somebody praying; all reasons now, apparently, to be ejected from planes, to be questioned by the police, to be suspected, to be ostracised and to be hated.

The fear of the other expressed in mistrust and hatred is well documented and well known.  When times are tough blame is always apportioned and history teaches us that minorities are the first to suffer as the target of societal anxieties and ire.

It is said that familiarity breeds contempt but so often discrimination springs from contempt for the unfamiliar.  If none of your friends or family are Muslim/gay/black then how much more likely is it that the otherness of their identity will seem to challenge your own.  If you are in a position of strength and privilege then perhaps this otherness will seem less confronting and less fraught with danger for  the integrity of your own sense of self.  By way of example  London did not vote for Brexit because London does not see the EU and its immigrants as a threat to its identity.  The total opposite is true for so many of England's market towns.

I am as dismayed as any decent person that fear of otherness is slowly lending acceptability to overt Trumpian racism, prejudice and downright stupidity.  The short term dangers attendant upon the sanctioning of these base instincts are obvious: more strife, more hostility and more separation.

However my fear of these developments is dwarfed by my fear of the medium to long term problems that the globe has to grapple with, and be under no illusion, they are global problems.  Ironically my fears here stem not from otherness and human diversity but instead from our similarities.  To explain what I mean one only has to consider the example of Bhutan, the remote and inaccessible Himalayan mountain kingdom.  Tourism in Bhutan is very heavily regulated and controlled.  Its traditions have endured in large measure due to a combination of its isolation and the care with which exposure to the outside world has been controlled.  One consequence of this is that the arrival of television in Bhutan is still a relatively recent development and it was one which allowed a clear view of how a society unconnected to the world could change through the arrival of technology.  The answer was enormously, immediately and irrevocably.

As many proponents of Brexit seem not to understand you can’t opt out of globalism.  One manifestation of globalism is commonality of desire and longing: whether that is for iPhones, Coca Cola, a Mercedes or holidays abroad.  Everyone everywhere wants these things because whatever our race, colour, creed or sexual preference we share the same instincts.  We want to consume, we want to possess, we want experience and novelty and we want to expend the minimum possible effort getting it.  The problem for all of us is that the satisifcation of these desires, shared from shore to shore, will destroy our world and ourselves.

When we recognise that we have more reason to fear ourselves and the satisfaction of our desire for possession without effort then we are ready to combat that fear through action.  This action is not just manifested in the decisions we take in our own lives but in the policies that we demand of our politics and politicians. Stop worrying about the threat posed by others and by the other and take responsibility for the threat that comes from within.

Posted by Maximilian Hardy at 07:14 No comments: